Quiz yourself on Ir conjugation and destinations!

drlemon.com by Deborah R. Lemon is licensed under a Creative Commons Attribution-NonCommercial-NoDerivs 3.0 Unported License.
Based on a work at www.drlemon.com. 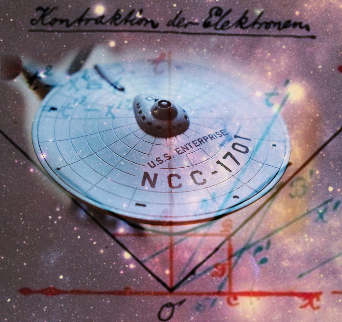 The Directional A in Spanish is a preposition that points to a location in the Space-Time Continuum (STC) (if you watch any of the Star Trek series, you already get this.)

The Directional "A" preposition is translated as "to" and should not be thought of as "at."

When I am in motion, I use the Directional A:

Voy al teatro a asisitir al concierto. (I'm going TO the theater TO listen/participate/head out TO a concert.)

Salgo a cenar. (I'm heading out to eat dinner.)

The Directional A can be used to indicate different kinds of destinations in the STC:

When referring to when events occur, we use the directional A with Ser (which handles events which take place or occur, and are not physical objects or people) :

On the other hand "En" is a locator preposition that indicates where things or people are located physically.

En is used to express the English prepositions "in," "on," and "at."

Mi café está en la taza. (My coffee is in the coffee cup.)

Notice that each of these sentences uses the physical location verb, Estar.

Common verbs that need the A Direccional: (think of them always as "+A+") (mouseover for translation)

Directional A should not be confused with Personal A which indicates that a human being (sentient being) is a Direct Object of a verb.

This sentence has both the Personal A and the Directional A.

First there is the Personal A: I invite (human) Diana and then the Directional Prepositional A: TO dance.